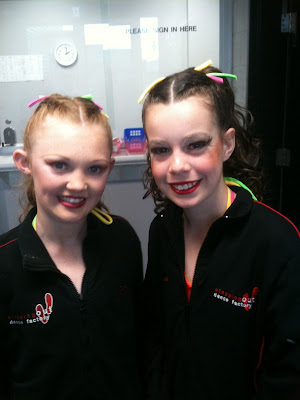 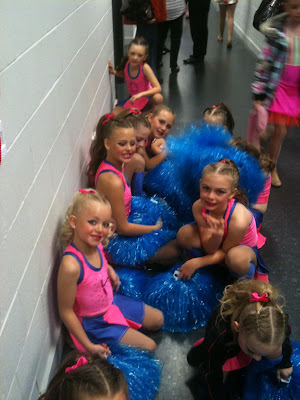 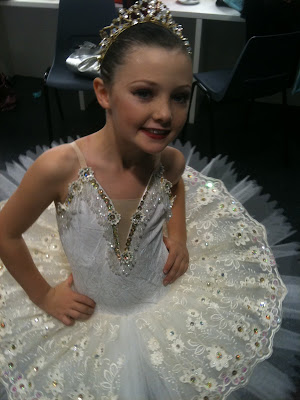 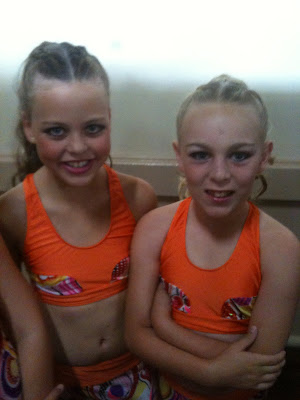 I intend to sit down and write up all our fantastic solo and group results ASAP. Stepping Out has had an incredibly busy term and I have been trying to catch up on all the happenings as well as busily prepare for my next big production, BABY NUMBER 5 so look out for the comprehensive list of solo results and group ones in next few days! In the meantime, here are some pics!!
Posted by Rikki at 1:49 PM No comments: 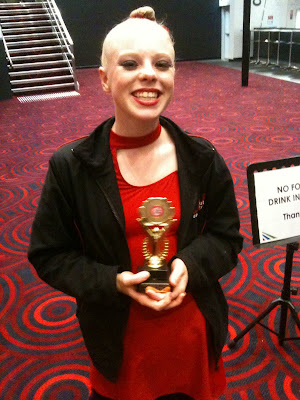 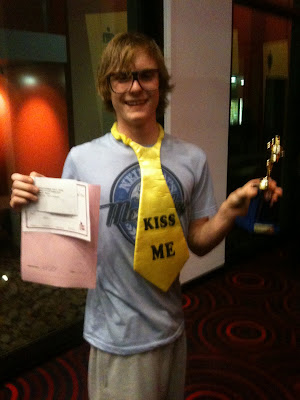 Congratulations To Anthony Bartley who won the Open Entertainment Solo, 2nd in Open Jazz and sensational performances in Open Contemporary and Open Own Choreography! Anthony was also awarded the Adjudicators Choice Trophy for her favourite solo performance 13 yrs and over at Dubbo Eisteddfod. Huge congrats to Anthony!
Paris Burns was awarded the Encouragement Trophy at Dubbo Eisteddfod and danced beautifully winning 14 yrs & U Modern Solo, 3rd 14 yrs & U Contemporary Solo, 2nd Ballet Championship and Highly Commended in Open Contemporary Championship. Competition was incredibly strong and there were very large sections to well done to both students for the honour of being awarded major awards.
BREAKING NEWS! Paris has just rung from Sydney where she is competing in the City of Sydney Eisteddfod ( a most prestigious dance competition) with some very exciting news. She is one of 6 finalists out of 70 competitors in the Contemporary Solo section. WOW PARIS!! This is an awesome achievement! BEST WISHES for the remainder of your performances and of course your Finals.
Posted by Rikki at 1:37 PM No comments: 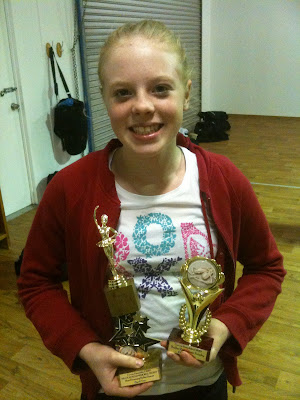 Paris Burns travelled to Cowra Eisteddfod in May and had an outstanding Eisteddfd. Paris gained 1st places in very large sections, with her 14 yrs & U Modern Solo, Contemporary Solo, Demi Character Solo, 2nd place in Classical Ballet Solo and 2nd place in Open Ballet Championship. Paris was also one of eight finalists selected for the Scholarship (out of 30 competitors) with the eventual winner being a Genee Awards Bronze Medallist. ( so Paris was in very fine company!) Paris was also awarded the Most Promising Dancer Trophy and the Highest Pointscore Trophy! Congratulations Paris!
Posted by Rikki at 1:28 PM No comments:

HI ALL- LONG TIME NO SEE

I write from under a haze of sequins, lack of sleep and of course laundry! Since my Gulgong posts, we here at Stepping Out Dance Factory have been like little pixies working into the night in our preparations for Cowra & Dubbo Eisteddfod. Along with this, is the ever pressing in utero rehearsals for the big debut in August, of Baby Slack-Smith! So many exciting things are happening and we couldn't be more thrilled with the successes of our students at recent Eisteddfods and of course the many good times we have shared. So, throughout the day, I will be sharing all our good news and insights!Congratulations to all of our students from Dubbo, Orange & Forbes. There were so many instances when we were able to appreciate not only your magnificence on stage but your brilliance off stage with your sense of fun, friendliness and outstanding team spirit and sportsmanship! It truly is an honour to share in so many wonderful young people's lives and I thank their families and them for being such fantastic people. There are no DIVAS at Stepping Out! Hallejuah!! Big thanks also to the other studios who came together in a celebration of dance.
Posted by Rikki at 9:43 AM No comments: 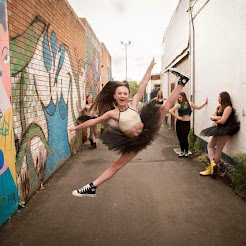 Never too young to dream big

Expressions of Interest now open for our 2021 USA TOUR 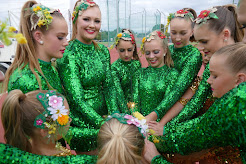 DANCE IN THE USA!